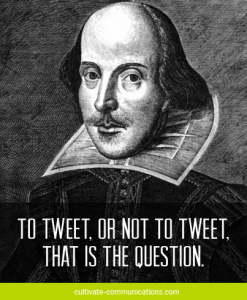 Let’s face it, we are no longer in the Shakespearean era, or even in the 19th century — times are changing. Like it or not, your potential customers are no longer buying like they used to. A catchy radio ad or flashy billboard just won’t cut it anymore.

Today’s customers are doing their research. They look up companies online to see what they're all about — who follows them, their company culture, what they share, and ultimately if they like them or not. It’s not just about your product anymore. Crazy isn’t it?

Companies are starting to become like rock bands and famous actors and actresses — they're starting to gain a following and a fan base. These people literally invest their time and money into a company like they would their favorite pop star. Don’t believe me? Let’s look at Starbucks, for example. 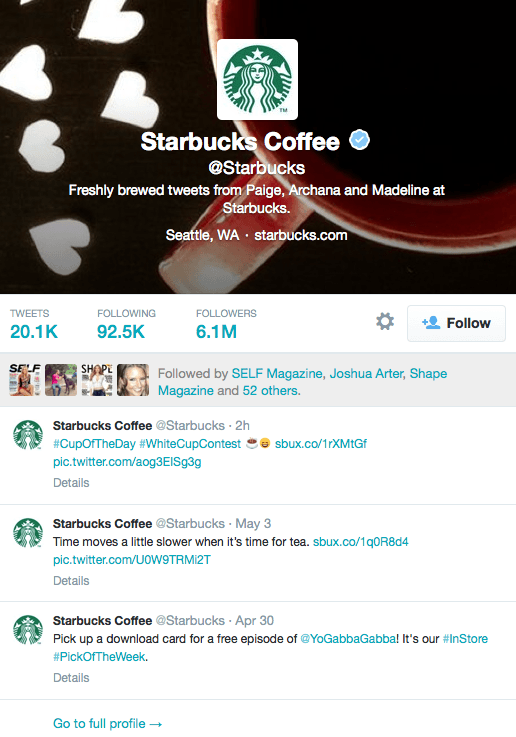 Celine Dion, one of the most popular female singers of all time, only has 238k Twitter followers.

Let’s take this all in for a second.

A coffee company has more than 25x the amount of followers as one of the most influential and popular singers of all time? Now that’s something that businesses should take note of.

Consumers — and your POTENTIAL customers — are falling in love with brands. Heck, people nowadays even have phone cases and t-shirts with the Starbucks logo on them!

Today's customers want to know WHO you are, WHAT you do, and WHICH amazing thing you're going to push out to them next.

Don’t ignore social media any longer — you and your company can’t afford to compete in today's business world without it!

If you need some help getting started, check out these related articles: "Which Social Media Platform Is Right for YOUR Business?" or "The First 3 Steps to Social Marketing Success."